…to head outdoors & into the garden. Hard to believe since we had snow last week, but that’s Central Oregon for you. Last year I planted my garden mid-June & still lost everything & had to start over! Arg! It was an incredibly odd year for gardening even by Central Oregon standards.

For me, gardening & having children have kind of gone hand in hand. My first son, Jude, was about to turn one when, with the help of some friends, we put in our raised beds. This will be our fourth year of having a vegetable garden. The first year was wildly successful – I put it down to beginners luck. The following two years have been good & I’ve learned new things every year. 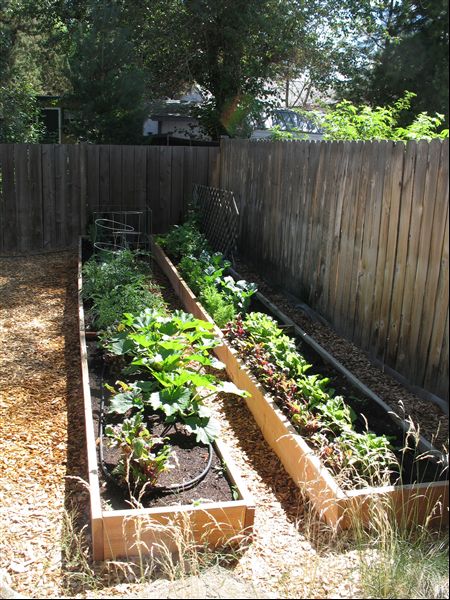 I’ve never been as aware of the seasons as when I began gardening. I had no idea that Central Oregon had such a short growing season. I just figured that it gets quite hot here, lots of sunshine – it must be easy to grow stuff. I didn’t know about the frosts in the middle of June! 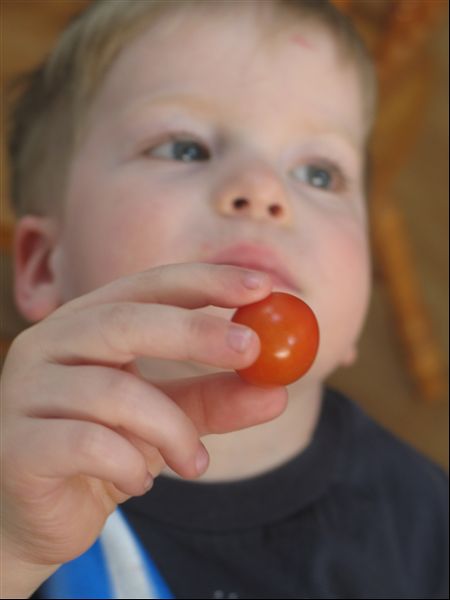 Harvesting the First Tomato of the Season

I’m also so much more aware of life seasons now that I have kids. We had a speaker at MOPS this year who said something that has stuck with me. She said, “When you’re a Mom, the days are long & the years are short.” For me, that has been true. Most days are great, but there are those days that drag on & on & we all just seem to be waiting for Daddy to come home.  At the same time, my boys are growing up so fast & I want to put it all in slow motion so I don’t forget or mess up or miss something.

So what are some others ways that having kids & having a garden are alike?

Whether you have a full vegetable garden or grow herbs on your window sill, try a bit of gardening. You’ll learn a lot & your kids will love it.

Who Can Resist a Dandelion from a Dirt-Covered Boy?

This is an article I wrote for our MOPS newsletter.

2 thoughts on “Tis the Season…”