We went to the coast a few weeks ago while Colin’s Mum was here from New Zealand and had a lovely time. Below are a couple of my journal entries from our time there talking about one of my favourite memories from the Summer. 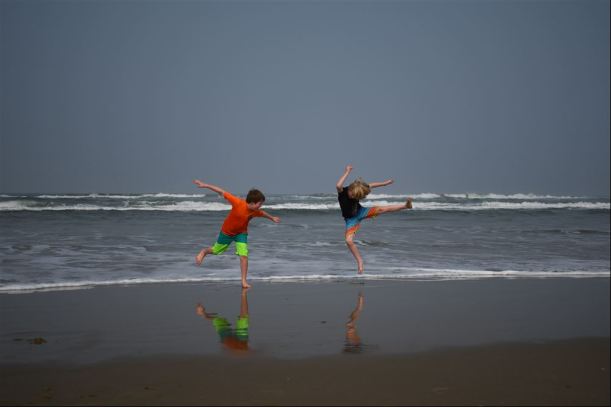 There’s something magical about children and the sea. They face down and challenge it to games of skill and courage.

I hear Zane’s shivering hum, but they show no signs of coming in or wanting to come in and probably won’t until we tell them to.

Their hands are so cold they can barely bend their fingers, and yet they bend over and plunge their hands into the wet sand, grabbing handfuls and race back into the waves to jump and throw sand and bury their feet while trying to stay standing as the waves pound against them.

Over and over again they leap into the waves and I see the vast expanse of ocean beyond them, not the placid, gentle ocean of a tropical beach on a clear day, but the crashing waves of the Pacific Ocean on the Oregon coast. They look small and I shiver at the thought of them going out too far, but they stand strong and yell a challenge to the sea and then turn and run, laughing, towards the shore as the waves chase them down and dwindle until they are ankle depth and then disappear altogether. Then it’s time for the boys to turn and run back out into the crashing surf – out into waves that come higher and higher as they successfully face the waves before and they venture a bit further out. 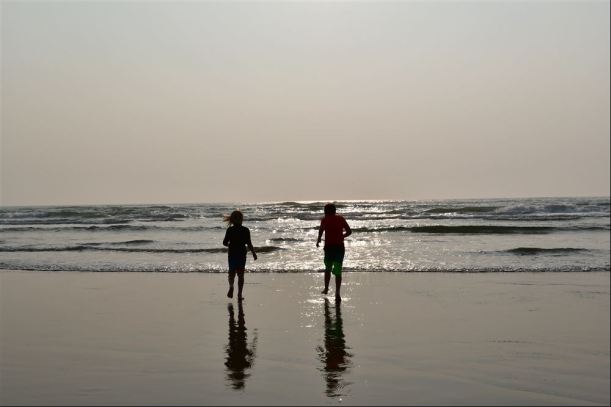 I sit on the shore, comforatable on my blanket, in my warm hoodie, taking photos, capturing memories with both my camera and my mind. As a worst case scenario thinking, I’ve already thought about what I will do if I see one of them go too far and get knocked down, but I want them to push their limits and be brave and take risks. I’m watching and rejoicing as they do what kids so at the beach. I’m also a little bit jealous of their carefree abandon and wonder when, as we grow up, getting cold and wet outweighs the joy of jumping in the waves.

Maybe today is the day that I will join them and make some memories.

We arrived back at the house after 5 pm – it was cool and foggy, but I was determined to venture out into the ocean with the boys. Off we went to the beach. I must admit, I was feeling a bit of, “This is something I should do.”, and those first steps into the water were freezing! After a few minutes, all I can say is that it was pure joy. The boys showed me the game they had been playing in the waves earlier and I joined in. We had so much fun. I was soon numb and no longer noticed the temperature (so this is how they last so long without coming in!). We jumped and ran and ventured further and further out into the waves. We laughed so much as the waves hit us and we occasionally fell down. 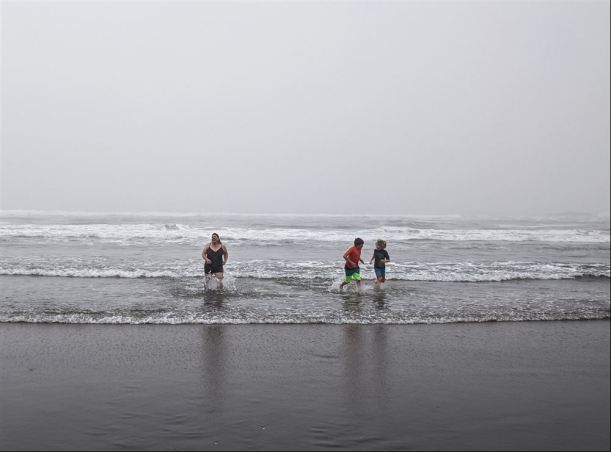 Because I was with them, the boys went farther out than they had yet gone, into bigger, fiercer waves. I felt brave and powerful even while feeling small and fragile in the face of the waves coming at me. Finally, we came out of the sea and Daddy was waiting with dry towels and I still didn’t feel cold even though my legs and feet were bright red because of all the blood racing to my extremities trying to do its job.

We walked back to the house and the breeze felt balmy even though Colin insisted it was cold. At the house, Colin hosed us all down, getting the sand off – he was, perhaps, a bit too thorough with me and I was soaked and chased down the driveway with the hose, to everyone’s amusement.

Then it was hot showers and hot drinks all around. I honestly had the best time and will cherish those moments of shared experience in the cold ocean with Jude and Zane. It also won’t be the last time that I do it. Feeling very grateful.

Now I am left with a lot of deep thoughts, metaphysical musings about our roles as parents – protectors, partners, pushers.

Sometimes we watch and encourage and allow them to be brave and bold on their own.

Sometimes we participate and by our very presence, they go farther and do more than they would have done on their own.

Both are important, both have their own challenges and joys. We need wisdom when one should be done over the other.

As our children are out their on their own, we are learning and growing in faith and courage and joy.

When we leap in and join them, we are also learning and growing in faith and courage and joy.

And right now, in this moment, this quiet morning on the coast, as I reflect and muse, the boys simply have a solid, wonderful memory of their Mom leaping out in the cold waves with them. They aren’t thinking about how I looked in my swimsuit or the fact that they are becoming more brave because they spent time in the ocean. They aren’t concerned with whether we have any good pictures to try to capture the moment. They aren’t deep in thought about life lessons, they honestly just had fun, and when it comes down to it, so did I.

Karate on the beach. The boys were so cold at sunset from playing in the water that they had a hard time making fists and keeping their fingers together for knife hands. They had the best time though and I love to see them doing karate in different settings. After all, dojo is everywhere!

However, one thing that I do love about Summer is that my boys are home and we have a more relaxed pace of life and more time together. This Summer felt transitional. There have been many transitions as my boys have gotten older and a few of them stick out to me. Walking and all the adventure that brings, turning 5 and starting school, turning 9 (this is when my true, solid memory begins for myself – I remember pretty much everything from the time I was 9 on), and then of course the transition this Summer – Jude leaving elementary school and preparing to begin middle school.

This stage feels scary for me as a mother and for Jude as well, though for different reasons. I know some of the things that he will come in contact with – the influences, the choices, the meanness that exists. There are also many things that he will come in contact with that I haven’t the faintest idea about. For Jude it is all just new and unknown. He’s doing things for the first time, things that are old hat for some of us, but it’s unknown to him.

Back to this Summer, the unknown is heading quickly toward us, we’ve said goodbye to grade school and middle school has yet to start. It felt like some of the time, I had my child, my Jude, with me. He played and pretended and was silly and carefree. Some of the time I had this new creature, Jude, my young man. He was serious and responsible and didn’t want to do “kid” stuff. It wasn’t even a day by day thing, some of the time, it was a moment by moment shift from boychild to manchild.

I am excited to get to know this new facet of Jude and I will miss the child Jude. Whichever one shows up, I’m just super thankful that I get to be his Mom and be a part of his life. 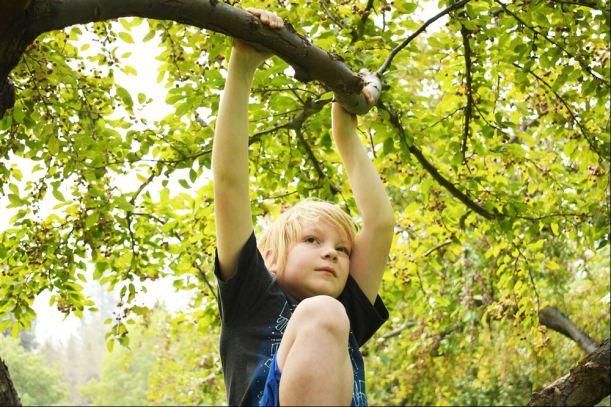 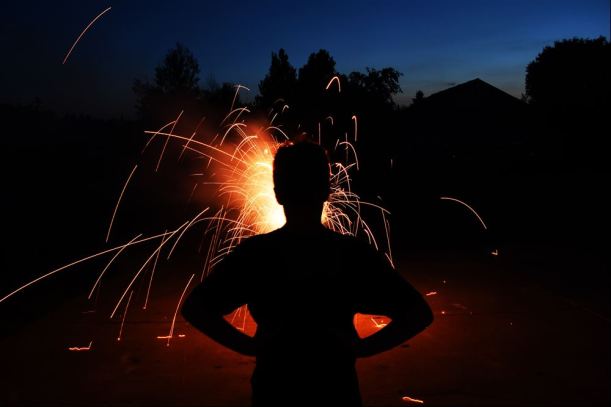 Our Annual End of School Camping Trip, this year at Prineville Reservoir, was all about sky and water. So many gorgeous skies – clouds, colors, bald eagles, swallows flying, fish catching, sunsets. 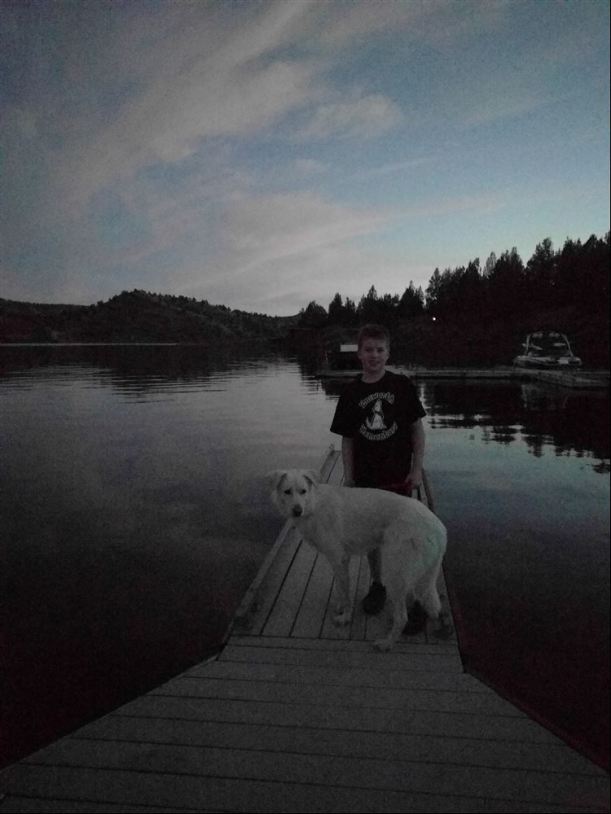 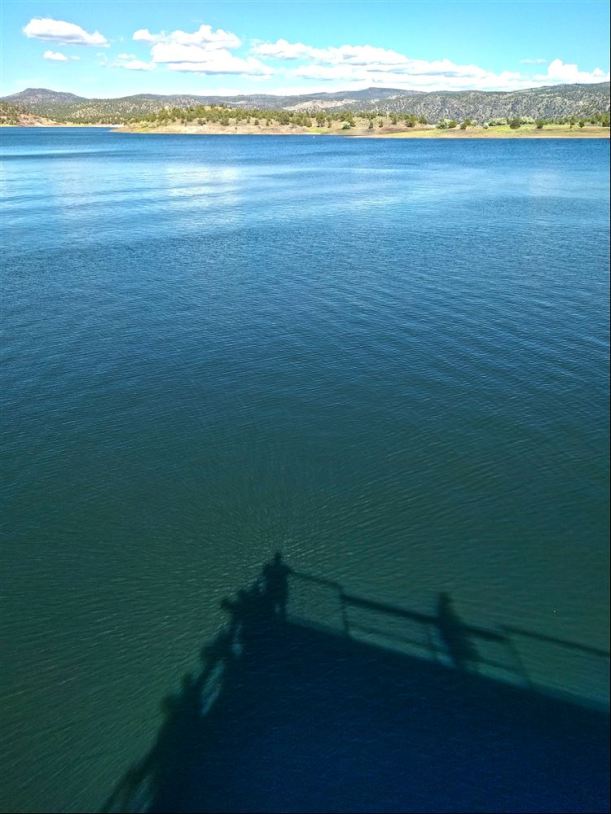 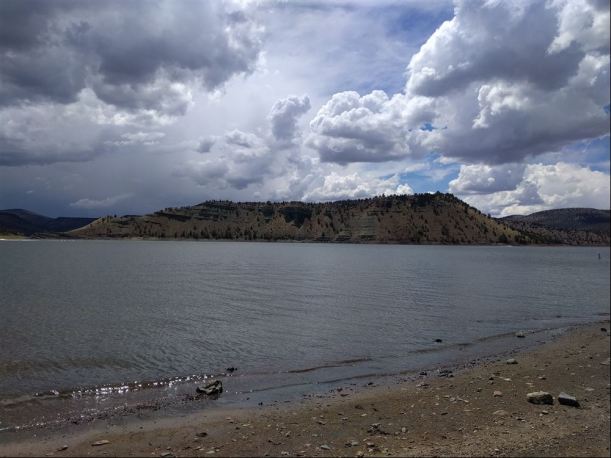 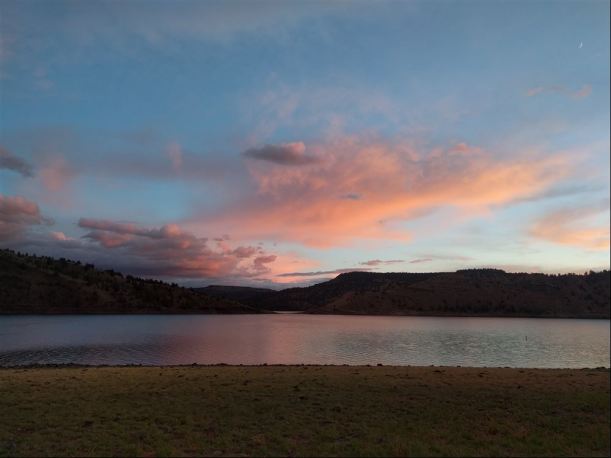 Last day of elementary school for my oldest. Bittersweet. Excitement and dread. Proud and humble.

Nothing really prepares me for the reality of these milestones, but they come and they come faster than I am ready for. Jude’s ready. He’s nervous, he’s excited, but he’s ready.

Jude is a lot like me in many ways, but I think he’s so much braver than I am. He’s a quiet one and quite an introvert, but he approaches new situations and activities with bravery. Not without fear, but with courage. He participates in things that are outside his comfort zone, things that he might not have a natural talent for, but he’s in there participating and trying and taking part. I think that will take him far.

My Zane. He is so different from me in many ways. He’s a puzzle to me at times and yet he inspires me so much every day. He is passionate, joyful, so very present, he cares little about what others think of him as long as he is doing what he loves. He will talk your ear off. He loves jokes and conversation.

He also loves Eye of the Tiger. He first heard the song on the soundtrack of a video game, and was so excited when we played the original for him. He loves how it makes him feel and he definitely gets the writer’s intent to inspire action. He quickly decided that he wanted to play Eye of the Tiger for Spring Piano Recital and then, of course, he decided he wanted to sing it as well. 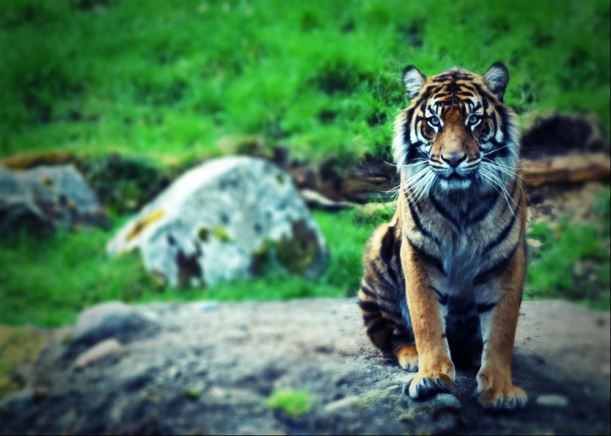 Before recital, during Spring Break we went to the Point Defiance Zoo and got to observe some gorgeous tigers. Zane even had a chance to look one in the eye to see what the Eye of the Tiger was really like.

He did a great job at recital despite starting an octave too high. He surprised everyone when he started singing. I love his passion and joy.

He’s also quite the dancer and will dance to most any tune with a beat, but when Eye of the Tiger comes on, all bets are off. It’s bold and strong with lots of karate moves thrown in.

I sure do love this kid. I don’t always understand him, but I don’t have to understand him all the time to know that he’s amazing.

It's National Spaghetti Day! You know what that means. Yum! The boys are becoming real pasta-making pros. #nationalspaghettiday #homemadepasta #heyjude #zanyzane
Annual visit to all the secret rooms at McMenamins with my boys. Shenanigans always ensue. Can we have one more week of Winter Break? #heyjude #zanyzane #secretrooms
Cheers! Feeling thankful, tired, and hopeful. #2020vision #2020 #happynewyear #heyjude #zanyzane #melncoly @colin64831

Lamppostings
Create a free website or blog at WordPress.com.